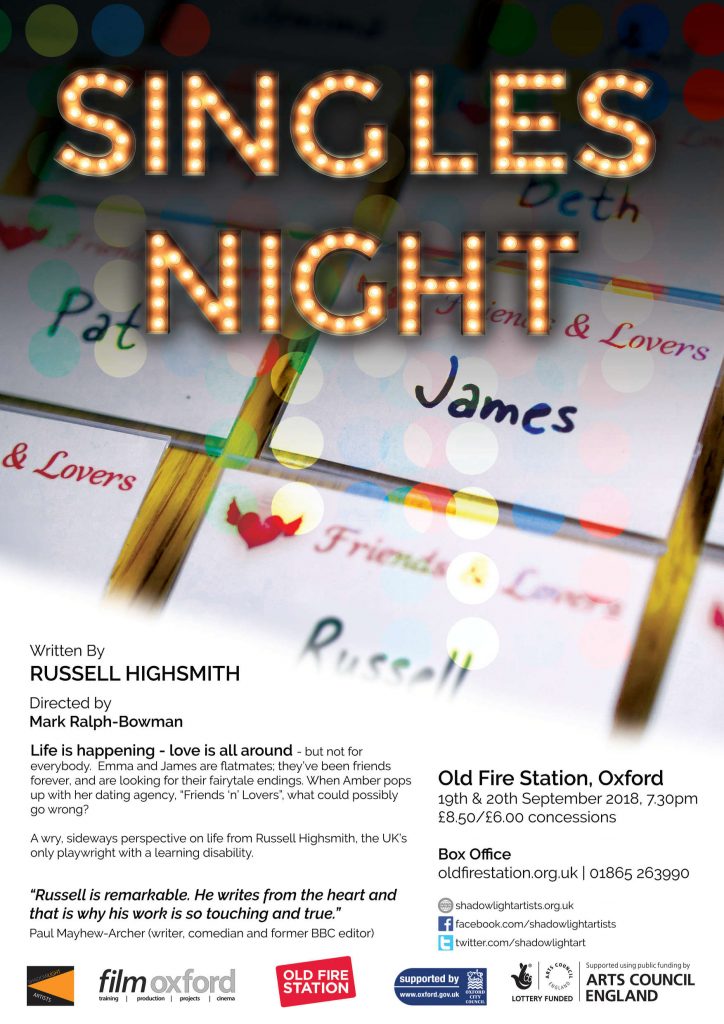 Life is happening. Love is all around. Emma and James are flatmates; they’ve been friends forever, and are looking for their fairytale endings. When Amber pops up with her dating agency, “Friends ‘n’ Lovers”, what could possibly go wrong?

Presented as part of Film Oxford’s Shadowlight Artists Project, Singles Night is the new play by Russell Highsmith, a hemiplegic writer with learning disabilities. His 2016 play The Big Shock was performed at the Cornerstone in Didcot. His particular situation gives him a wry, sideways perspective on life but it’s a view that is always extraordinarily upbeat and optimistic.

Once again, he has teamed up with writer and director Mark Ralph-Bowman (With You Always, OFS 2016) for another story about the comedy and pain of falling in love.

The Shadowlight Artists Project is a group of professional artists with learning disabilities, supported by Film Oxford and funded by Arts Council of England. Their exhibition, Rising, is on 19 October – 10 November at Modern Art Oxford and Old Fire Station Gallery. Singles Night will be performed by professional actors. All proceeds from this performance will go to support the project.

“Russell is remarkable. He writes from the heart and that is why his work is so touching and true.” – Paul Mayhew-Archer (writer, comedian and former BBC editor) 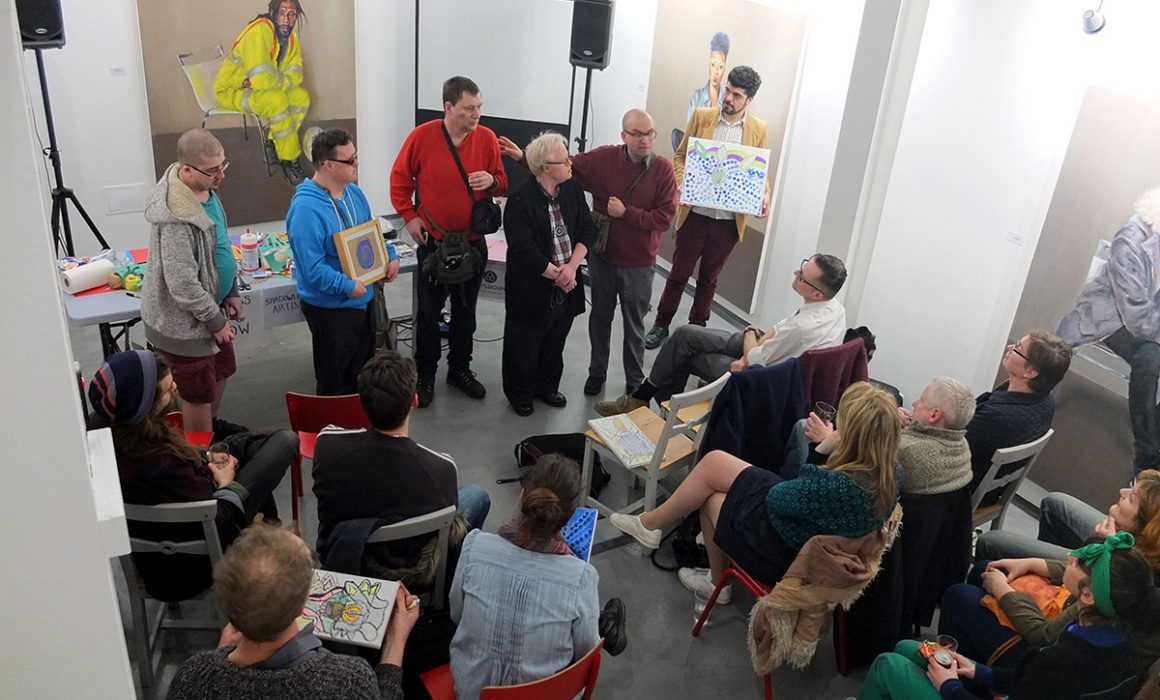 The Shadowlight Artist will stage an exhibition across the galleries at Modern Art Oxford and the Old Fire Station in October 2018. The exhibition will include new work form the group spanning painting, photography, film and video installation. during the Exhibition, Russell Highsmith’s new Play, Singles Night, will open at the Old Fire Station and run for 2 nights on 19th & 20th September. 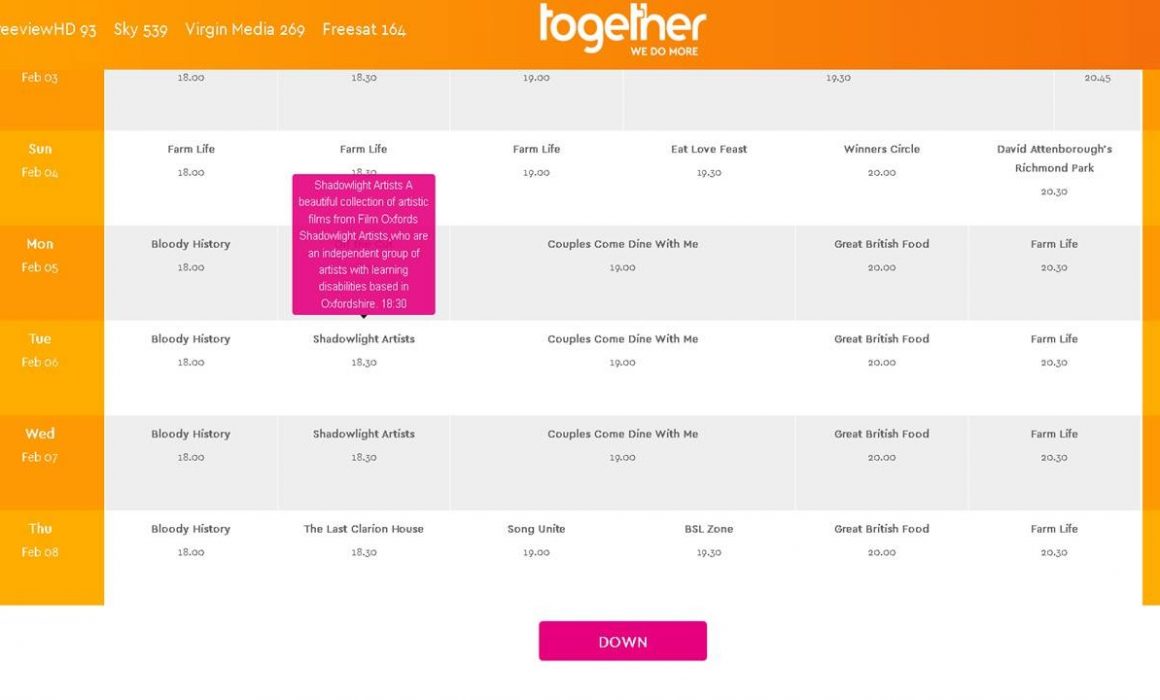 Films be the Shadowlight artists are to be broadcast on 6th & 7th Feb at 12:30 Together TV Channel.

Landscapes by the Shadowlight Artists and Amazing Art by Richard Hunt are screening at the Osak Bright Film Festival 2017 in Brighton, 15th-17th November 2017.

The Oska Bright Film Festival is the leading international festival of films made by, or featuring, people with learning disabilities. It is produced, managed and presented by a learning disabled team.

The Shadowlight Artist’s exhibition of new works produced during the Creative Bridges project opens at Modern Oxford this week. The Exhibition runs from 11-16 October, with a private view to launch the exhibition to be held on Tuesday 11 October between 6 and 8pm.

The Shadowlight Artists are contributing to Disability Arts Online in the form of a blog. the blog will focus on the work of the group as they develop new pieces as part of the Platform project during 2017-17 and beyond. 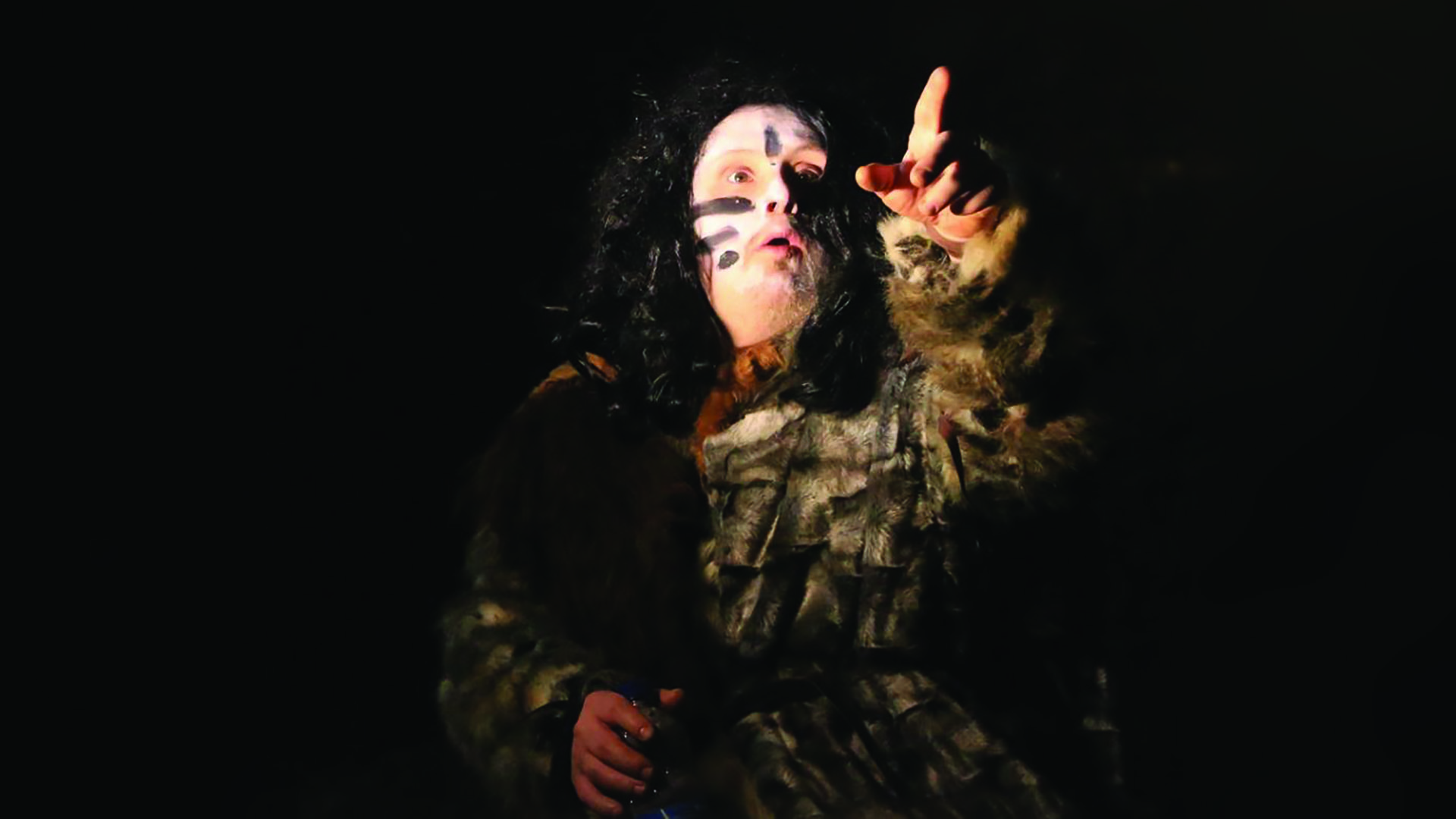 Danny Smith’s film Light from my Crystal has been chosen to be screened at Liberty Festival on 15th July at Queen Elizabeth Olympic Park, London at the Together! showcase tent.

Following his announcement as winner of the Shape Open 2017, Shape Arts have published an interview with Richard Hunt.

Shadowlight artist Richard Hunt has been announced as winner of the Shape Open Award 2017.

The Shape Open 2017 – ‘Power: The Politics of Disability’ – is a group exhibition of artwork created by both disabled and non-disabled artists in response to themes such as: how do we creatively challenge the language of power, politics and disability? To what extent do we need art to be a form of political protest? Where do art, disability and politics meet? How powerful are disabled people?

The Open is an annual exhibition produced and curated by Shape. Supported by artist Yinka Shonibare MBE as its Patron, it provides a valuable space where disabled and non-disabled artists can discuss views and ideas about issues and topics which are often sidelined within artistic debate.

In August 2016, Deborah Caulfield of Disability Arts Online published a review of the Shadowlight’s exhibition at The Cornerstone Arts Centre in Didcot, South Oxfordshire.

Link to the Review: