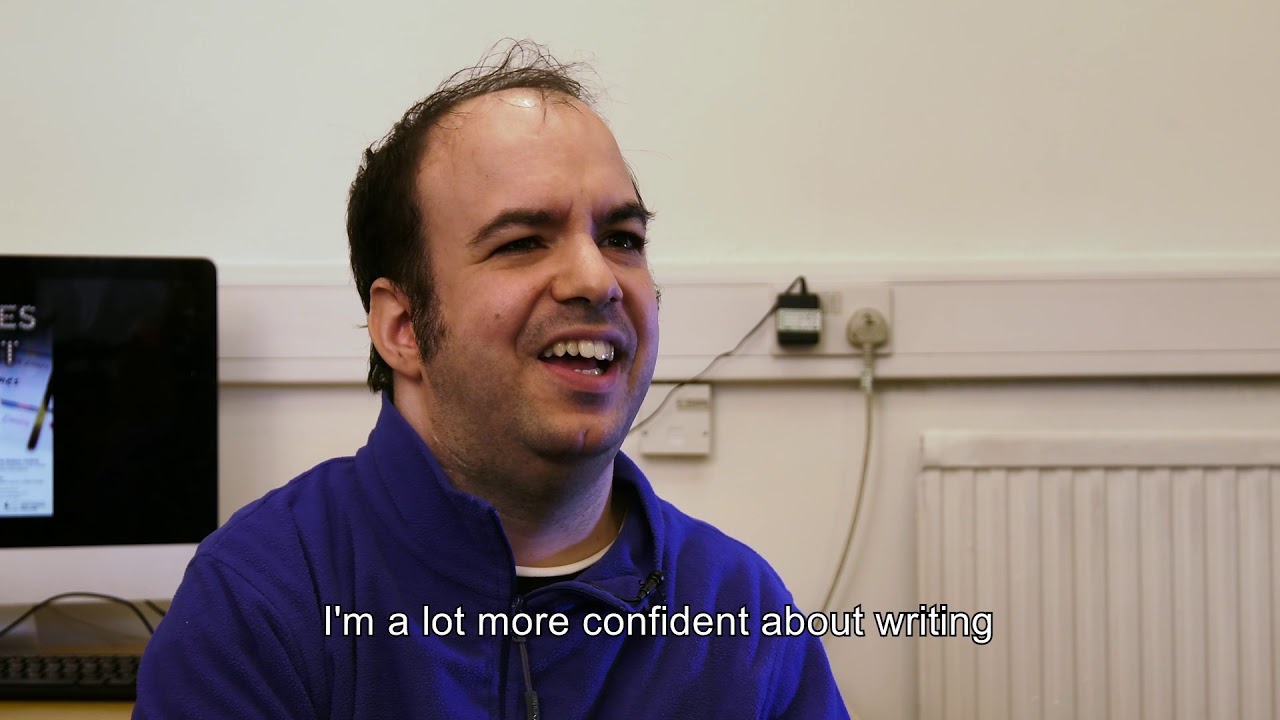 Russell Highsmith was born in Oxford in 1985, and lives in Abingdon. He has been writing for the screen for the past 10 years, and is captivated by TV sitcoms from the 1970s and ‘80s.

I was 16 weeks premature and that was the cause of my disability, I have right-sided hemiplegia. I have spent my whole life in Abingdon apart from three years when I was a student at Treloar College in Alton, Hampshire. I have always been interested in comedies and making people laugh. I like the ‘old’ comedies that were on TV like The Vicar of Dibley and Only Fools and Horses. I like the fact that they have audience laughter in them because it almost gives you permission to laugh at them or with them.

Building on his previous writing and direction projects, Russell has expanded his writing from short film scripts into long-form work. He has developed a script for a play which culminated in a theatrical performance of the work The Big Shock in February 2016. The play draws on the genres of romantic comedy and drama, and at times offers an unsettling view of young relationships. Russell developed the piece in collaboration with playwright and producer Mark Ralph-Bowman.

Singles Night is a Russell’s lastest play. It is a full-length lively and thought provoking romantic comedy play, which was performed by professional actors over two nights to a sold-out audiences (with high proportion of people with learning disabilities), at the Old Fire Station Theatre in Oxford on 19th & 20th September 2018. The 1hr and 40 minute production was film and can be found on the groups Youtube Channel. There is also a short “writer’s profile” video that documents Russell’s work through the writing, rehearsal and performance of Singles Night.